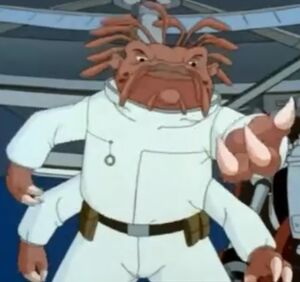 Zangarians are an extraterrestrial species and formerly the rulers of the powerful Zangarian Empire.

On Earth, they built the oceanic city of Atlantis, but abandoned it after a technological mishap caused it to sink; after which the city became a touristic attraction for aquatic aliens visiting Earth.

Members of this species are bipedal creatures with four arms, each ending in tridactyl hands equipped with powerful claws. They have multiple tendrils on their heads and a fish-like mouth.

Retrieved from "https://aliens.fandom.com/wiki/Zangarian?oldid=180450"
Community content is available under CC-BY-SA unless otherwise noted.