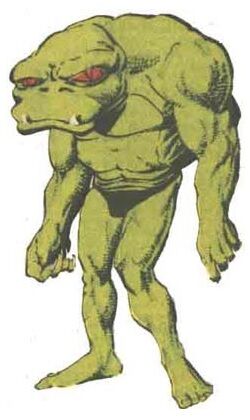 Marvel
The Yirbek are a race of humanoid reptilians with green skin averaging 6'7" in height (~ 2 meters). Their home planet is Yirb, second planet of the Bek star system in the Andromeda Galaxy. At one time they governed a small empire until the Skrulls defeated them centuries ago.