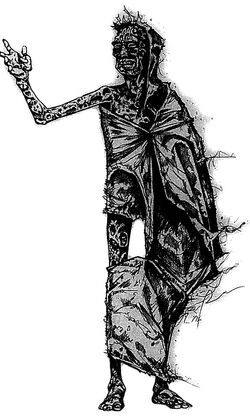 Star Wars
The Xa Fel were a species of near-Humans which inhabited the planet Xa Fel. They have taken long-term genetic damage to their species caused by the extreme levels of pollution on their homeworld, which manifests itself through sores and lesions that are visible as early as birth, if not earlier.