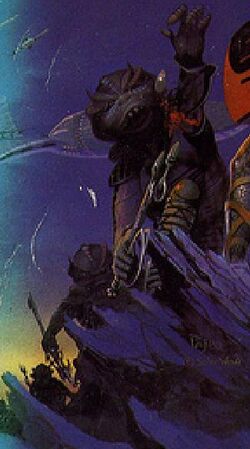 Poul Anderson's The High Crusade
The Wersgorix (singular: Wersgor) are a race of extraterrestrials who once attempted to take over the Earth by testing the feasibility of its settlement during the year 1345 AD. After centuries of space travel, they have become lazy in defense. Having become accustomed to taking planets easily with little or no resistance from natives, they were easily defeated by mankind under the command of Sir Roger, Baron de Tourneville. They were defeated thanks to hand-to-hand combat having become obsolete due to their advanced technologies. In the end, the Wersgorix Empire was overthrown by the medieval Humans with the help of the Jairs, Ashenkoghli, Pr?*tans, and a number of Wersgor sympathizers. 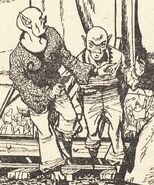