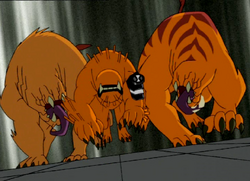 Ben 10
Vulpimancers are an extraterrestrial species of blind mammals from the garbage planet Vulpin.

Vulpimancers resemble large canines with no eyes, ears, nose, or tail with an ape-like posture and movements. Their teeth are very defined and stick out of their mouths. The various porcupine quill-like spines found all across their bodies are not fur. Rather, they are something akin to whiskers with tactile sensing.[1]

As they grow older, Vulpimancers grow tails and become more feline-like. Male Vulpimancers sometimes have stripes on their backs to distinguish themselves from females.

Although they traditionally have orange fur, Vulpimancers can come in other colors. For example, Vulpimancers from Dimension 23 have dark orange fur while Vulpimancers living in the Null Void have light blue or red fur.

Vulpimancers have incredible athletic strength, being able to carry Humans and Florauna on their backs, pin down an Aerophibian, and fight on par with Merlinisapiens, Buglizards, and even other Vulpimancers.

Vulpimancers heightened senses of smell, hearing, and taste. Unlike most mammals, a Vulpimancer relies on two sets of gills, each on a side of their neck, to smell the world around them.

A Vulpimancer's running speed allows them to dodge and evade effortlessly with the help of their senses. Technically speaking, their speed exceeds that of a cheetah.[2]

Vulpimancers are highly acrobatic and gymnastic, with such movements being similar to that of an ape.

The spines on a Vulpimancer's backs serve as finely-tuned sense receptors that can sense movements, heat signatures, and perhaps even fear, thereby "seeing" in ways most other creatures cannot, similarly to pit vipers.

Once their prey is located, the Vulpimancer can roll themselves into a spiked ball to attack its enemies. After they have reached adulthood, the quills on their backs can be fired off like projectiles.[3]

Vulpimancers can make powerful leaps, enough to tackle an Aerophibian in mid-air. They developed this ability from chasing prey up steep cavern walls.[4]

Because of how they do not see in the conventional sense, Vulpimancers are not afraid of Toepick's Species.[5]

Because they rely on their senses of smell and hearing to see, Vulpimancers are vulnerable to strong smells and loud noise.

Having no eyes means that Vulpimancers have some trouble with finer movement. Consequently, a select few enemies have ways of getting close to them undetected or can get the drop on them fairly easily.

There is a limit to a Vulpimancer's durability, as they can be incapacitated after being lifted and thrown by a species with as much strength as a Tetramand.

If they are infected with an Earth cold, Vulpimancers are rendered helpless because their nostrils are clogged.

Vulpimancers are bizarre and beastly beings that are far more animal than humanoid. Due to the dog-eat-dog nature of their home planet, they are not very friendly with their own kind. Of course, this is a common trait among animals that are not family.

Vulpimancers are very hostile and aggressive. They normally live for the moment by hunting down whatever they can find to eat before moving on to the next meal.

Vulpimancers can whine like dogs whenever they get scared or intimidated.

Certain Vulpimancers live in tight family groups from 10-20 individuals inside dark caves beneath the surface,[4] old starship wrecks, and derelict buildings. These more "civilized" Vulpimancers are known for collecting and recycling materials found on Vulpin, which they sell to off-world cities and companies.

Though they are not of notable intelligence, Vulpimancers are still considered sentient because sentience is "a pretty low bar to clear."[6]

Vulpimancer technology comes from different ships and devices that have been dumped on Vulpin by other races.

Vulpimancers have the ability to easily learn most languages. Unfortunately, they lack the vocal anatomy to speak languages such as English.[5] To untrained ears, a Vulpimancer's words sound like nothing more than a bunch of growls and snarls.

The Vulpimancers' language is too difficult for most Universal Translators to translate. While there is a special translator for this language, it is not as portable.[7]

Vulpin has long served as a dumping ground for hazardous materials far too dangerous for other worlds. This has resulted in the planet's ecosystem being corrupted beyond repair by dangerous pollution.

Due to this pollution, the Vulpimancers stopped using their eyes and eventually lost them. They also mutated to have heightened hearing and other senses, providing them with other means of "seeing".[8] 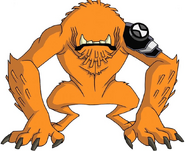 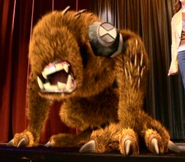 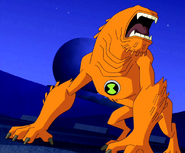 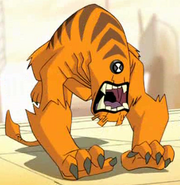 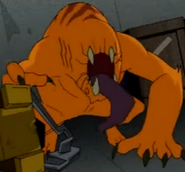 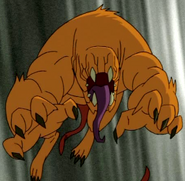 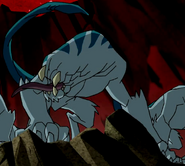 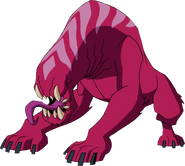