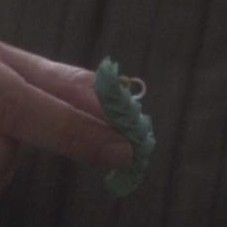 Small, similar to an Earth caterpillar

Vulcan Sandworms are small greenish-blue worm-like creatures native to the desert planet Vulcan. Many of these are kept by Doctor Phlox in his sickbay to serve as a food source for some of his other, medically important, animals. Organisms that have fed on the Vulcan Sandworms include Dr. Phlox's Pyrithian Bat, an unnamed and unseen creature kept in a tank, and Phlox himself.

Retrieved from "https://aliens.fandom.com/wiki/Vulcan_Sandworm?oldid=180773"
Community content is available under CC-BY-SA unless otherwise noted.