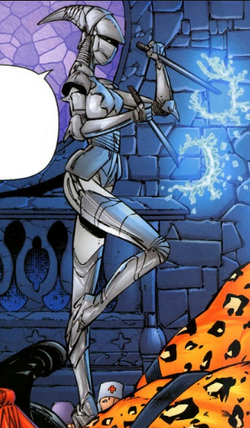 The Vampires appear to be slender humanoids, dressed in a full plate of armor. Apparently they feed on blood.

A Vampire served as a cab driver escorting Detective Sparrow and Greta 109 through the Amalfi District of New Rome.