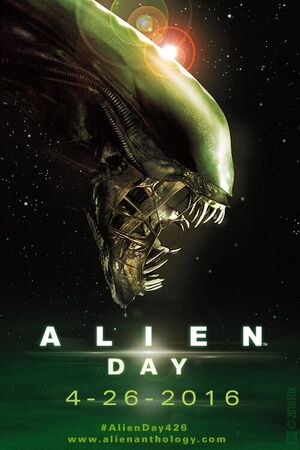 In honor of the planet LV-426, Twentieth Century Fox Consumer Products has announced ALIEN DAY (#AlienDay426). A day that will celebrate all things Alien and will include:

Reebok will also be releasing an EXACT replica of the ALIEN High-Top Stompers worn by Sigourney Weaver as Ellen Ripley in the film Aliens. 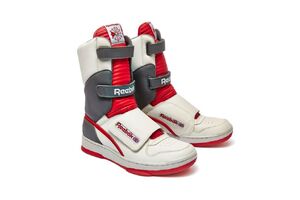 To participate and learn more about Alien Day go to the events website and register now!
Retrieved from "https://aliens.fandom.com/wiki/User_blog:Witnessme/April_26th_Alien_Day?oldid=175034"
Community content is available under CC-BY-SA unless otherwise noted.
FandomShop Newsletter Join Fan Lab