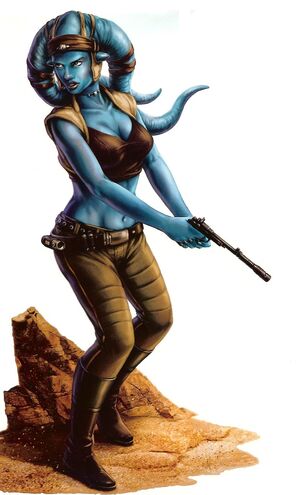 The Twi'leks are a humanoid alien species whose females are considered very sexually attractive, even by the non-humanoids such as Hutts. For this reason, they have been often enslaved. A Twi'lek is readily recognizable by a pair of long tentacles protruding from their head, which in fact contains part of their brain. Their skin color is highly variable. They hail from the planet Ryloth.

The first appearance of Twi'leks was in Star Wars Episode VI: Return of the Jedi. 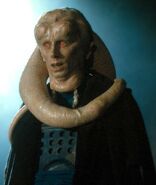 Lyn Me, a female white Twi'lek 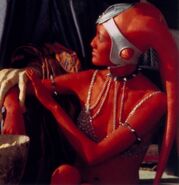 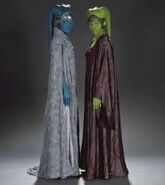 Xiaan Amersu
Add a photo to this gallery
Retrieved from "https://aliens.fandom.com/wiki/Twi%27lek?oldid=183649"
Community content is available under CC-BY-SA unless otherwise noted.