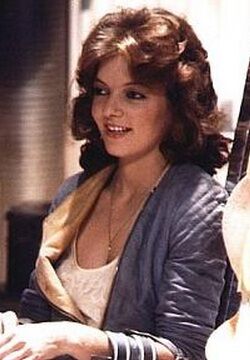 Similar to a human's

Doctor Who
The Trakenites, or simply Trakens, were a humanoid civilization which formed the peaceful and prosperous Traken Union. They were ruled by the Keeper of Traken, aided by five elected consuls.

Using the device known as "the Source", the Keeper could connect the minds of all citizens of Traken and maintain peace in the Union. It is said that the atmosphere of the Traken worlds was so peaceful that evil literally could not exist there: whatever form of evil that arrived on Traken would immediately calcify and take the form of a nearly immobile creature called a "Melkur", which was then taken care of by the merciful Trakenites before it eventually shriveled and disappeared.

The Traken Union was later destroyed by a wave of entropy emanating from Logopolis, along with the entire galaxy where it was located as well as several others. The only known survivor was Princess Nyssa, who became a companion of the Doctor.

Retrieved from "https://aliens.fandom.com/wiki/Trakenite?oldid=175343"
Community content is available under CC-BY-SA unless otherwise noted.