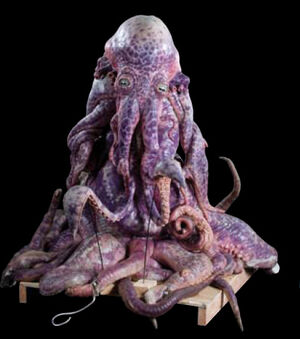 The Thermians are octopoidal creatures native to Thermi in the Klatu Nebula, presumably located somewhere near the 23rd quadrant of the Gamma Sector.

Their technology is highly varied and advanced: they have food replicators, organ fabrication devices, and more notably are extremely adept at interstellar travel. Their devices allow them to alter their appearance to look Human, although they may still exhibit strange mannerisms and speech patterns, and can still expose their tentacles.

Retrieved from "https://aliens.fandom.com/wiki/Thermian?oldid=185344"
Community content is available under CC-BY-SA unless otherwise noted.