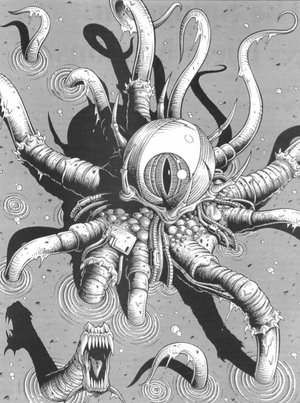 Kevin Siembieda
The Splugorth are an evil Lovecraftian-like extradimensional race of conquerors. Beings whom are malevolent and sadistic, enslavers and manipulators.

Splugorth have a horrifying Lovecraftian form. It's a slime covered lumpy hump with a huge cyclopean eye protected by spines. Coming out of it are up to a dozen tentacles, some of which have fanged mouths at the ends. It's cyclopean eye is able to rotate all around. The beings are over a dozen ft tall and over 70 ft in diameter. It feeds on psionic energies or meat, though it would be weakened if it relies on the latter.

The race has a wide variety of powers and abilities. Longevity is one as in living for hundreds of millennia, the average age of Splugorth being over a 100,000 years. Super strength and incredible regeneration, able to survive a 19 Megaton nuke (though it would be seriously wounded). It is a very powerful psionic and is able to use magic. Splugorth are able to send fragments of their lifeforce into other dimensions where they possess hosts, and are in communication with said fragments. A weakness they have is in relation to silver and magical weapons, which inflict far more damage on a Splugorth that would a steel blade, a bullet or explosive, or an energy cannon.

The Splugorth are formidable tacticians and strategists due to eons of experience. Master of manipulation whom have conquered worlds by getting others to do it for them. They are involved in all types of commerce, selling everything from weapons to slaves, magical items to technology, anything that will make them a profit. Due to the fact that slaves are profitable and they enjoy the suffering of others, they sent out their minions on slave raids and their slave markets are famous in the cosmos.

Being interdimensional conquerors, their dominions may span many realities. A Splugorth may have only a trading post on a world or rule the whole plant. It may rule only a few worlds in a dimension or a whole galaxy. It's empire may exist in only one dimension or extend across dozens of universes. Since they can live for over a 100 millennia, they are patient conquerors whose plans of conquest can extend years or centuries.

Numerous races serve the Splugorth, of which some are willing and others were enslaved. Among the willing minions are a couple races (e.g. Kittani and Metztla) whom have pledge their allegiance to the Splugorth for a variety of reasons, that range from gratitude at being saved from annihilation to enlisting because of the opportunities available while in their service. The minion races vary in abilities, from psionically capable species to those whose strength is in magic to servitor races that have spacefaring technology. Joining these minion races in service to the Splugorth are power hungry and/or evil individuals who flock to the banner of the Splugorth.

Outnumber the Splugorths by the hundreds of thousands. They have a symbiotic relationship with Splugorth, as a part of their power comes directly from their masters. High Lords have superhuman strength, are psionic, and can use magic. They are the generals, scientists, governors, advisers, healers, wizards, protectors, and alchemists of the Splugorth empire.

The Kydians are a humanoid race whom make up the majority of the Splugorth war machine and a significant part of the minion population. Originally their race suffered was dying due to overpopulation, and then 53,000 years ago they agreed to serve the Splugorth if they rescued them from the dying world. They have loyally served the Splugorth ever since, enjoying the adventure and combat of exploring the Megaverse and conquering worlds for their masters. Kydians are a race with superhuman strength and can be up to 10 ft tall.

Demonic humanoids whom perform slaver raids on sentient races throughout the Megaverse. Predators and hunters who crave blood, especially that of humanoids. They can be up to 12 ft tall, have an upper torso with up to 8 tentacles, a large head with a huge fang filled mouth, and a serpentine lower torso. The race is telepathic and possesses superhuman strength.

A brilliant spacefaring race of conquerors and inventors, who had conquered numerous worlds when they encountered the Mechanoids, a cybernetic race who aimed to exterminate all humanoid life. They were defeated and nearly annihilated, until the last remaining Kittani armada full of refugees was discovered by the Splugorth who saved them from annihilation by helping them escape their home dimension. After which they formed an alliance with the Splugorth and have loyally served them for 38,000 years. Kittani have superhuman strength and are psionic.

It's a monstrous race who are diabolical, ugly, and huge. To them humanoids and other weaker life forms are nothing but food and slaves. They have a hive-like society that is orderly and made up of castes. The higher castes have individuality and therefore are able to do what they want as long as it does not pose a threat to the community. The lower castes are drones, workers and soldiers. The queen lays the eggs and manages those in the hive, and is x3 the size of those of her caste, being built into the structure itself.

A warrior race of women that were conquered and enslaved by the Splugorths over 2,000 years ago. They are superb fighters who are psionic, have enhanced senses, are remarkably well conditioned physically, and have exceptional martial art skills. Altarains have been conditioned and brainwashed to be willing slaves, though up to a fourth hate being slaves and will escape the first chance they get. It's a sterile race which reproduces via cloning technology or by going into a state of meditation, that envelops the Altarain in ectoplasm, and creates a clone (which can be done only every 12 years).

In the post-cataclysmic Earth, hundreds of years in the future magic has returned in all its fantastic glory. The planet is full of humans, bio-engineered beastmen, mutates, cyborgs, alien races, demons, mythical creatures, and Eldritch abominations.

One of the Splugorth by the name of Splynncryth has established a stronghold on Earth. When magic returned so did the lost continent of Atlantis and it is in his possession, the original inhabitants scattered across the cosmos. It is an empire of savagery, cruelty, sadism, greed, and brutality. The largest slave market on Earth is on the continent and Splugorth sends out raiding parties throughout the Atlantic Ocean to bring more slaves. It's an interdimensional trading outpost where visitors from other dimensions come to buy and sell their goods. Gladiatorial games are a feature on this island continent.

To prevent their servants from overthrowing their masters or becoming a threat to their race, the Splugorth keep their technological and magical level of development limited. The Splugorth may individually own fleets that number in the 100s or 1000s of starships, used by their servitor races. Fleets used for slave raiding expeditions and the conquest of worlds.

Among the technologies in the possession of the Splugorth forces; 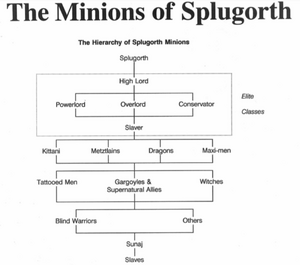 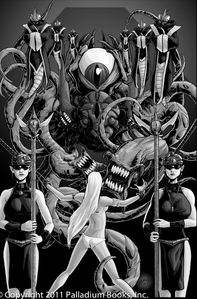 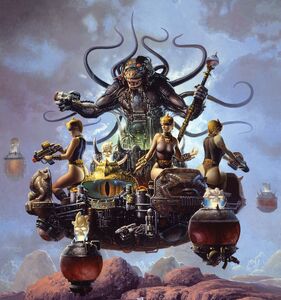 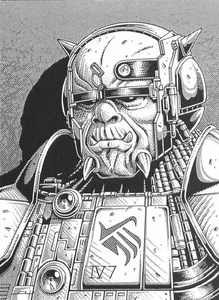 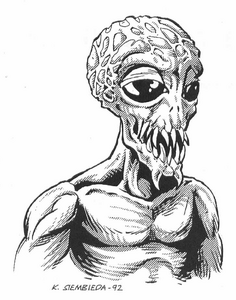 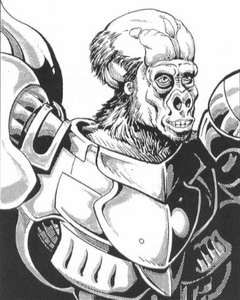 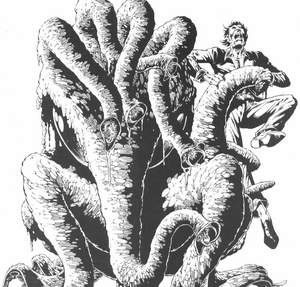 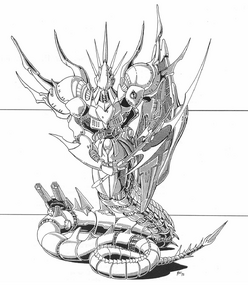 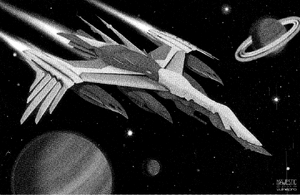 Kittani Taskmaster-Class Carrier
Add a photo to this gallery
Retrieved from "https://aliens.fandom.com/wiki/Splugorth?oldid=196807"
Community content is available under CC-BY-SA unless otherwise noted.