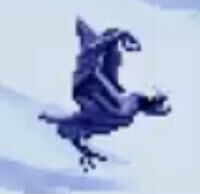 Star Wars
The Snow Mynock was a variant of the mynock, a silicon-based parasitical species often found within asteroid belts, that had found its way to the ice planet Hoth.

Retrieved from "https://aliens.fandom.com/wiki/Snow_Mynock?oldid=190538"
Community content is available under CC-BY-SA unless otherwise noted.