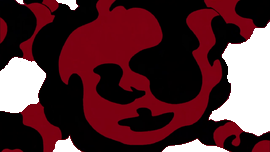 The "Smoke Monster" was a Gem entity originally imprisoned in a scroll that was eventually destroyed by the Crystal Gems.

The Smoke Monster had a vaguely humanoid body composed of red and black smoke, with no visible facial features.

The Smoke Monster was able to possess other objects, as seen when it possessed Steven's breakfast, turning it into a blob-like monster made of breakfast food.

Retrieved from "https://aliens.fandom.com/wiki/Smoke_Monster?oldid=185609"
Community content is available under CC-BY-SA unless otherwise noted.