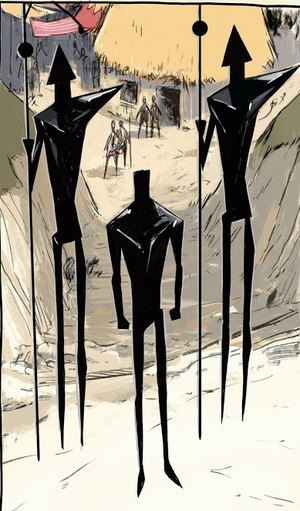 Decorum
The Singularity are a race of artificial intelligences.

Various A.I.s exist among this race from mechanoids resembling old conquistadors to the prismatic priesthood.

Originally built from the old bones of the Solar Empire, the artificial intelligences created the A.I. union known as the Church of the Singularity after the empire's fall. The Church is a cooperative, but hierarchical, culture that controls its sector with an iron fist. The Church exists in a conflict state as a result of an ingrained messianic subroutine.

Retrieved from "https://aliens.fandom.com/wiki/Singularity?oldid=176585"
Community content is available under CC-BY-SA unless otherwise noted.