Silacoids, along with the Celatids, are non-sapient organisms which are known to accompany the Mutons during First Alien War. Its rock-like skin is so tough against Earth's conventional weapon short of explosive. Inside its skin, Silacoids have powerful muscle system and the core which generate very high temperature, made it immune to fire. The heat even burn ground as a Silacoid moves, leaving trail in its path.

A Silacoid has strength to crush rock which will then be ingested by the Silacoid's hot core. They are a primitive race, controlled by implants as terror weapons.

Although surprisely fast for rock-like creature, Silacoids are very slow when compared to Humans. 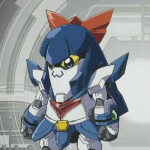