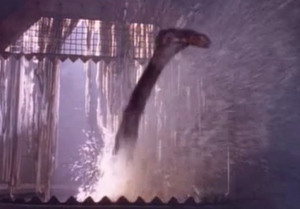 The Outer Limits Universe
The Sharak is an alien lifeform used by the Tsal-Khan as food.

The full scale view of this creature has yet to be seen, but it is presumably some kind of molluscan creature with a number of tentacles like its terrestrial counterpart, though the tentacle splits in two. The creature is carnivorous.

Retrieved from "https://aliens.fandom.com/wiki/Sharak?oldid=155302"
Community content is available under CC-BY-SA unless otherwise noted.