See the official Eternal Cylinder wiki as this information is outdated.

"Servants" is the term used by the Trebhum to describe the foreign creatures that seemingly work for the Eternal Cylinder.

The Servants to the Eternal Cylinder are all Bio-Mechanical in structure; hybridized with both mechanical limbs and functionalities, attached to humanoid-like organic matter. The machinery observed on the Servants appear eerily Earth-like in origin (vehicles such as cars, television screens, etc.) so it is possible their origins could be linked to Earth, but this isn't conclusive.

Outside of serving the "Whims" of the Eternal Cylinder, there doesn't seem to be any personal motivations, thoughts, or instincts that the Servants present, with the exception of a dislike towards all Organic life. Many members of the Servants also possess a "energy-draining" ability in form of a yellow beam of light, which can drain the abilities of the Trebhum.

From what little is observed of the Eternal Cylinder's Servants, only seven (previously five) of them had been properly identified and studied:

The Witness is considered one of the smallest servants to the Eternal Cylinder and serve as it's scouts an eyes for larger Cylinder's Servants. This servant is only made up of two human-like hands, infused with what appears to be a sort of television screen, which it uses as form of a visual organ.

The being itself isn't dangerous, but it will send out an alarm if it spots a threat, signaling more dangerous servants to come to its aid. The can shine an antimutagenic light and are fast and agile and will follow trebhum they detect, but they will short-circuit and instantly die when sprayed by water.

Cleansers are observed to be scouts for the much larger Mathematician. These bio-mechanical servants hold features similar to an old world Earth vehicle, but with several horns jutting out from the front to resemble a crest, two horns facing forward for frontal charging. Although its front end has wheels, its back end is mobile thanks to a set of large, muscular arms, with the torso seemingly attached to the seat of the vehicle.

These chimeric servants seem to only be used to eliminate any lifeforms that appear in the Eternal Cylinder's path (if proven too difficult to be killed by the cylinder itself, that is). Its "eyes" which resemble a car's spotlight emit a blinding energy field that appears to act as an "antimutagen" which strips away the Trebhum's mutations if the Trebhum is exposed to it.

The Cleanser itself is very fast but very unagile and must reverse in order to change direction. They are killable while asleep and drop a small, amber-like material that can be eaten to make a random mutation immune to the light.

The Unifier is a large bio-mechanical organism that strongly resembles the structure of a bacteriophage. The structure is made up of a male human torso, with mechanical legs and a diamond-shaped "head" attached, not possessing any arms. The structure underneath its body acts as a pulsar to release its energy.

The Unifier itself is considered blind, so it often relies on a Witness inside their diamond head to be it eyes or on sound in order to examine its surroundings, and detect its targets. Upon capturing their targets, they're capable of emitting a huge electrical shock that will vaporize the victim, and destroy organic matter around it.

The Unifier is often sent out by the Eternal Cylinder as a retrieval unit to either capture and/or collect data, animals, minerals or objects that its master considered important or valuable. When capturing wild animals, the Unifier will release a swarm of small parasitical machines that will mind control any animals they attached them to.

When scanning objects and collecting data, a Unifier produces a strange compound known as a Tetrahedron within its diamond-shaped "head". These tetrahedron-shaped objects have hard crystalline outer shell but in interior contains a fleshy material that appear to be organic in nature, it believed that information that a Unifier collects is encoded into this Tetrahedron Flesh for easy storage and transport.

The Parasite is the smallest of all the servants to the Eternal Cylinder, these small parasitical machines are both mind control devices and mobile visual organs for the Unifiers. They are often release in a massive swarm by a Unifier and attached themselves to any nearby animals and forcefully take over their nervous system, mind controlling the poor creatures in doing the will of the Eternal Cylinder.

The main body of the Parasite is a large blue crystal, called a Optic Crystal, that appear to be organic in nature and has disturbingly human-looking eye embedded within its surface. It also has three short mechanical legs with it attach itself to its host before subverting their nervous system.

The Exonerator falls from the sky at random positions near you, and move very quickly but are unagile. They can easily smash rocks and have a lightbulb on one of their sides, which is one of the most powerful lights, as it can strip four mutations in a single second. However, this light unleashes a beam for a few seconds then requires time to recharge. They do not drop anything when killed but are extremely cruel agents as they are able to kill even an Infant Gaaarhling!

The Liberators is considered one of the most dangerous servants, only behind the Mathematician. These servants are more dynamic in its structure, with three metallic rings attached to what appears to be some form of chariot or engine, with a metallic spine replacing its spinal cord. A third ring loops around this spinal cord, though its function remains unclear. Compared to other servants, this one appears more humanoid, including a human-like face which is used as a visual organ.

Liberators are burrowing servants, lying dormant underground disguised as foreign matter on the surface. If organic matter comes too close, it will proceed to attack. It is capable of using a form of anti-gravity, to bring the victims closer to it, which are then vaporized in a intense energy field.

One of the biggest of Eternal Cylinder's servants is the Hand of Fate, and this agents only mission stopping a lens from flying away. It is gigantic, and it looks like a hand with multiple fingers, and the only way to stop it is to make the ball crash into the fingers. It cannot be killed and the only way it can kill the player is with the ball that does damage if it comes in contact with a Trebhum.

The Mathematician is the largest and most powerful of the Eternal Cylinder's servants, standing taller than even the Great Gaaahr. Due to its immense size, other servants seem to follow its instructions as much as the actual Cylinder itself. Its body is surprisingly humanoid, having an almost complete human body with the exception of its bio-mechanical head, and two sets of legs attached to only one legbone, while the other leg remains as a singular one.

Not as much is known about this giant being, but it is capable of an anti-gravitational pull. It also comes out from behind the cylinder every once in a while, and empowers the lights of every servant nearby, turning their yellow lights into red lights which are able to deal high damage. The Mathematician is so powerful it is even able to kill a Celestial Trewhaala which can be seen in action when the player reaches the ending where the Trewhaala battle the Mathematician. 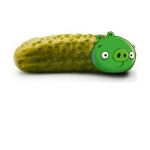