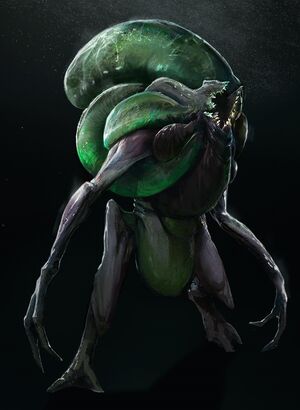 Sappers are humanoid aliens with large bulbous sacs on their bodies that are filled with an acidic liquid. It has very thin and gangly arms and legs, with a small, sideways mouth.

Sappers are the kamikaze bombers of the Alien horde: they will blindly charge at their adversary and creates an explosion, releasing a very damaging and violent acid cloud.

Retrieved from "https://aliens.fandom.com/wiki/Sapper?oldid=170628"
Community content is available under CC-BY-SA unless otherwise noted.