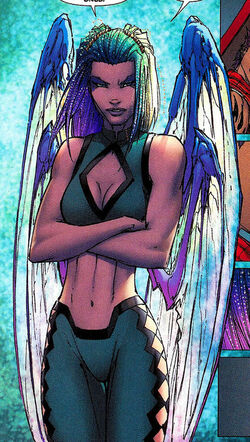 The Rahtumi are one of the races that inhabit the lands of Empyrea.

The Rahtumi are a race of fairy-like beings with insect-like or bat-like wings sprouting from their backs. They are capable of magic and flight, capable of living for thousands of years.

The Sethoru are forest-dwelling and possess a nobility structure. They are mostly regarded as savages by the Sethoru.

Retrieved from "https://aliens.fandom.com/wiki/Rahtumi?oldid=181852"
Community content is available under CC-BY-SA unless otherwise noted.