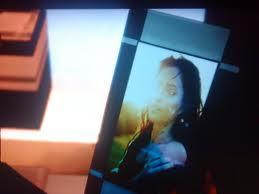 Slightly shorter than a Human

Mass Effect
The Quarian are nomadic, bipedal sapients who must wear environmental suits at all times, as living in the sterile environment of the Flotilla has atrophied their immune systems. Many rumors exist as to their race in fact being cybernetic in nature - a perfect blend of biology and technology that allows them to survive in the vacuum of space for a time.

Typically they stand a little under six feet, with a slender and thin Humanoid build. Though very similar in appearance to humans, they have several differences including backwards-bent shins and three fingers on their hands (two fingers and a thumb). While quarians, like humans, have red blood and hair (black being the only confirmed color), they have glowing eyes and inhuman skin tones (the only confirmed ones being shades of light purple).

Sexual dimorphism is similar to humans with two exceptions; quarian women have wide hips compared to a human of equivalent size while quarian males have similarly broad shoulders. There is also a small third toe only found on the feet of female quarians. The quarians reproduce via sexual intercourse, and female quarians nurse their young, since they have breasts.

Due to centuries of living in a near sterile environment their immune systems are very weak, to the point where they are now forced to wear suits with a self-contained atmosphere. Any ruptures in this suit and within minutes the Quarian is very ill or even dead.

In Quarian society, once a member has come of age they are sent on a pilgrimage, this involves collecting valuable items and then returning to the flotilla and presenting them to a captain of a vessel. If these gifts are accepted then the individual will be accepted into the crew (gifts are rarely rejected as having a larger crew increases a captains standing in the fleet). Quarians are made to do this as it helps with genetic diversity.

Unfortunately this act of pilgrimage and "collecting" things has given the Quarians a bad reputaion, with many seeing them as thieves and vagrants. as a result many business's on the Citadel rufuse to employ them.

Ever since they were driven from Rannoch the Quarians have a deep rooted hatred for the Geth and would happily see them wiped out.

Once being the masters of their own world, the Quarians were highly advanced in the field of artificial intelligence. eventually they created the Geth, a software based construct with limited intelligence that communicated with other units via a server hub. eventually so many were built that they began to think for themselves and rebelled.

A long war ensued resorting in the Quarians leaving their homeworld roughly three centuries prior to 2183AD. leading them to become the nomadic flotilla.

Retrieved from "https://aliens.fandom.com/wiki/Quarian?oldid=174677"
Community content is available under CC-BY-SA unless otherwise noted.