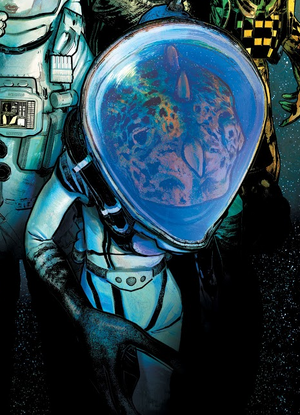 They are bipedal reptilians. They apparently breathe an alien atmosphere as they appear to wear atmosphere suits.

One Pulak was seen at a bar in the Angelus Tube.

The Pulaks were one of many races that were enslaved by the Zentac at one point. They still hold grudges against their former masters.

Retrieved from "https://aliens.fandom.com/wiki/Pulak?oldid=173059"
Community content is available under CC-BY-SA unless otherwise noted.