Alien Species
Register
Don't have an account?
Sign In
Advertisement
in: All Tomorrows Universe, Non-Sapient Species, Herbivores,
and 9 more 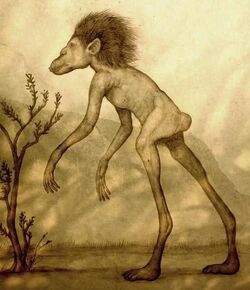 Nemo Ramjet
The Prey, along with their predators, were among the many posthuman species genetically-engineered by the Qu from a colony of the Star People.

They were the inhabitants of one of the first worlds colonized by the Star People. Unlike the Predators, the Prey were a herbivorous species with bird-like legs, far less intelligent than their hunters, the latter of whom eventually evolved into the Killer Folk.