The term "Plutonian" can refer to any of the extraterrestrial species from the dwarf planet Pluto found throughout science fiction. Being a frozen world far from the sun, the species in fiction are usually adapted to the harsh environment, and in science the idea of Plutonian life is rarely considered seriously. Based on the fact that silicon life is believed to be better suited to freezing temperatures, Plutonians in fiction show a strong tendency for being silicon-based. 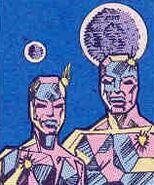 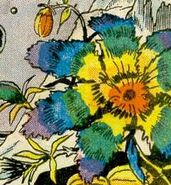