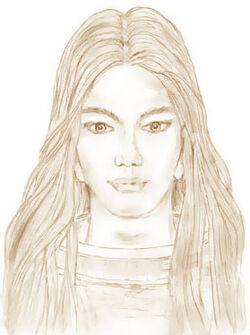 Pleiadians are humanoids, physically indistinguishable from Humans. They're usually described as tall, standing over 1.8 and in some cases 2 meters in height, and seem to have a robust physique. Their skin ranges from fair to tanned. If cases such as that of contactee Elizabeth Klarer are of any indication, they also seem to be genetically compatible with Humans.

Pleiadians convey themselves as generally being peaceful and to be concerned with the welfare of Earth. Contactees often claim that Pleiadians are interested in the future of our planet from an ecological and sociological perspective, transmitting messages about environmental sustainability and the prospect of world peace. Members of this group have also been described as maternal, wise, spiritual, and jovial.

Pleiadians and aliens with similar phenotypes were frequently reported to visit Earth during the 1950s, particularly (but not exclusively) in Europe; before being supplanted by the Greys as the most commonly encountered race. Nevertheless, there remain numerous reports of them nowadays. Their relationship with the Greys varies as in some cases, they seem to act as leaders to them; whereas other reports seem to suggest that the two might be inimical, as they may try to warn people about the Greys,

Swiss contactee Billy Meier has claimed to have had hundreds of contacts with Pleiadians. He calls them "Plejarens", a pronunciation corruption of the Germanic "Plejaden". Meier's testimony of contact goes back to when he was 11 years old, in 1942. According to his experiences, the aliens' home world is located in the Pleiades star cluster and is named Erra: a world smaller than Earth and scarcely populated in comparison, with only half a billion souls. Their average lifespan is 1000 years, and they're said to be genetically related to Earthlings, as both races descend from the primordial Lyrans. As in most other cases, Meier's Plejarens also behave as spiritual teachers, hoping to guide humanity towards a peaceful path of growth.