Roughly comparable to a Human toddler

Planchaküles are small gremlin-like aliens with red skin and pointy noses. Some of them grow facial hair.

Planchaküles can dismantle or reassemble machinery at a fast rate.

Planchaküles are strong and agile for their size.

Planchaküles possess enhanced intelligence, as they have an impressive knowledge of machinery and engineering.[3]

A Planchaküle's size can put them at a disadvantage against larger opponents such as Stone Creatures.

Despite their knack for dismantling machinery, Planchaküles can gain the urge to uncontrollably do so, like an ordinary Earth gremlin.

Planchaküles live on a junkyard-like planet, which they are constantly disassembling and reconfiguring.[2] Whenever they are bored, they like to fix things.[3] They rebuild things to suit their needs.[2]

Planchaküles are well known for being great mechanics and builders, and are led by a master builder.[2]

The Galvan admire the Planchaküles' industriousness and skill, but prefer not to hang out with them too much after work. The Planchaküles have probably collaborated with the Galvan's leader, Azmuth.[2] 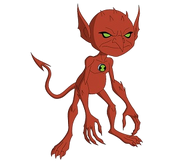 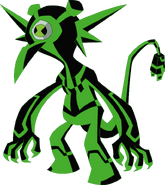 Grick and Grack
Add a photo to this gallery

Retrieved from "https://aliens.fandom.com/wiki/Planchak%C3%BCle?oldid=184028"
Community content is available under CC-BY-SA unless otherwise noted.