"It's a pity. This galaxy will be dull without puppeteers. Those two-headed monsters were not only the most dependable faction in interstellar business, they were like water in a wasteland of more or less humanoids."
―Beowulf Shaeffer, regretting the Puppeteers' departure from the galaxy.

Hermaphrodite; requiring a symbiotic creature to host the offspring

The puppeteers' bodies are composed of one hind leg and two forelegs, and a torso which houses the brain in a hump located between its two heads. These heads have mouths with lips which look like fingers in a glove, hence the name "puppeteer" which was given to them by Pierson, a crewman who was the first person to ever see one of their species. There is an eye on each head, and each mouth has a forked tongue much like a snake's. These mouths are capable of manipulating objects much in the same way a Human would use hands. They are capable of imitating Human speech as well as the Hero's Tongue, the Kzinti speech, although their own native language is described as sounding like orchestral music.

They are herbivores who live in herds, and have a very long lifespan which can span centuries. They seem to have three genders, although the puppeteers are loath to discuss it among those outside of their species. Two of these genders are labeled as "male"; however, they are hermaphroditic. The third gender, labeled "female", is actually a non-sapient creature used as a sort of host for the offspring. As a result, all the puppeteers are born as "male", while the "females" breed amongst themselves to create more females.

The puppeteers are an extremely advanced race in terms of technological development, millennia ahead in development when compared to the Human race. However, because of their longevity, they had long ago encountered the problem of overpopulation and overindustrialization on their home world, which they refer to as the Hearth. They are extremely secretive about the location of their home world, and they are so technologically advanced that they have managed to create a Klemperer rosette out of the Hearth as well as four other planets which they occupy.

They are described as being cowardly creatures; in the face of danger their immediate instinct is to turn as if to flee. However, this may actually stem from their being herd fauna, as their initial instinct would be to turn to aim their hind leg at the attacker.

Another behavioral trait which may have caused the term "coward" to be descriptive of the puppeteers would be their tendency to "go into a coma"; that is, they assume a fetal position of sorts and bury their two heads and three legs under the body, a behavior learned during their childhood. Nessus, a puppeteer, once explained that this is a result of an experiment which gave evidence that puppeteers had no eternal souls. As a result, their deaths meant eternal death, making their race obsessed with their own safety in order to prolong their lives for as long as possible. This would also explain the structures on their planet; everything is rounded off, nothing has sharp corners. This is said to prevent untimely accidents because of carelessness on the part of a puppeteer.

It is interesting to note that Nessus is said to be an "insane" puppeteer; but seems to exhibit the same mental disorders that Human beings do. For example, he has a tendency to have bouts of severe depression, to the point that he seems to have manic-depressive disorder. However, it would also be safe to say that no Human being would ever meet a completely sane puppeteer, as no sane puppeteer would ever venture out of their world.

The puppeteers were eventually discovered to be extremely manipulative, as they had a hand in many of the events in Known Space history such as the Man-Kzin wars. This led to the death of most of the aggressive members of the Kzin species, leaving behind a gene pool of more docile Kzinti.

Another example of this would be the Lucky Human Project, started because of the idea that the Humans' most notable trait is their luck; premised on the fact that humanity had only survived this long because of nothing else but their own luck. Luck was described as a genetic trait that could be bred properly under the right circumstances, which led to the development of "Birth Lotteries" on Earth, courtesy of the puppeteers. However, upon encountering Teela Brown, a girl who was the offspring of several generations of winners of the Birth Lotteries, the puppeteers quickly realize that her luck does not actually work the way they would have wanted it to. Her luck actually manipulated events only to her own benefit, sometimes even to the detriment of her companions. 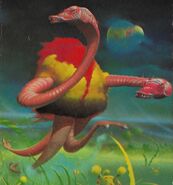 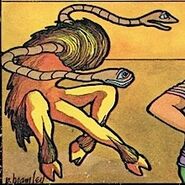 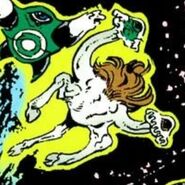 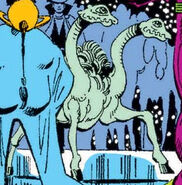 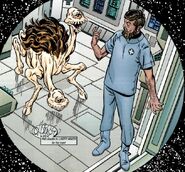 Leonard McCoy, Frontier Doctor
Add a photo to this gallery

Retrieved from "https://aliens.fandom.com/wiki/Pierson%27s_Puppeteer?oldid=195661"
Community content is available under CC-BY-SA unless otherwise noted.