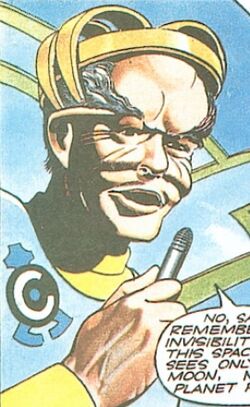 The Phrynians are a sapient humanoid civilization from the planet Phryne, which have cloaked their entire homeworld with an invisibility shield (although it doesn't affect their moon).

They're a race of archivists who describe themselves as "the guardians of the histories, the treasures and the artifacts of over a hundred planets".

Their civilization was one of the first to be invaded by the Dalek Empire.

Retrieved from "https://aliens.fandom.com/wiki/Phrynian?oldid=180197"
Community content is available under CC-BY-SA unless otherwise noted.