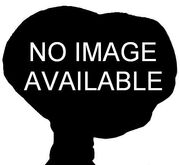 Arthur C. Clarke
The Phileni are a semi-sapient species native to an unnamed temperate planet orbiting a binary star system. They share their world with the Atheleni and the Mithraneans, but unlike them, the Phileni don't possess any telepathic abilities. To compensate that, they have hands, which have allowed them to become tool-users.

Members of this species are bipedal and about half the height of an Atheleni. They have been described as thin and physically feeble. Their heads are large and spherical, with faces dominated by three eyes, each capable of independent movement and sensitive to bright lights. Their arms end in a dozen short tentacle-fingers and two hook-shaped claws. They're very short-lived compared to the Atheleni.

The Phileni, especially the females, seem to enjoy dressing themselves in colorful attires and girdles, and carry numerous small bags and pockets. They make settlements in caves, forests and valleys, but dislike the open plains. Overall, they are usually peaceful towards each other, as well as towards other races.

Their technology, while primitive, includes fabric, pottery and the use of fire. While they haven't achieved full sapience yet, they've been shown to be capable of creating far more advanced machinery when instructed by the much more intelligent Atheleni or Mithraneans; which are themselves incapable of using tools.

Retrieved from "https://aliens.fandom.com/wiki/Phileni?oldid=182403"
Community content is available under CC-BY-SA unless otherwise noted.