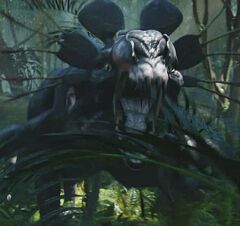 Avatar
The Palulukan, (known as Thanators by humanity), are massive predators that inhabit in the rainforests of the jungle moon of Pandora (mainly on the Valley of the Thanators). Their Na'vi name means "dry mouth bringer of fear".

Although many regions of the moon have yet to be explored, xenobiologists currently believe that it may be the apex land predator on Pandora.

Reminiscent of a Terran panther, this enormous, powerful animal is unique in its ability to lord over its territory and strike fear into the largest and fiercest of Pandoran creatures. Even the Na'vi, who are renowned for their courage, are shaken by the approach of the creature. Also, it is not celebrated in dance or song by the Na'vi.

Its musculature is pronounced and impressive, providing power for protracted runs and leaps. The speed of its neck and jaw strike is swift. In addition to conventional ripping and tearing, the Thanator can also deliver a lethal blow from its armored tail. The Thanator's senses are so highly developed that, depending on atmospheric conditions, it can detect prey up to thirteen kilometers away.

The Thanator has ten sensory quills that sprout from sections of armor plating that encircle the rear of its skull. The function of the quills is still a mystery, but it has been hypothesized that they may be tied to an internal mechanism of prey location. The quills also flare up to produce a more menacing appearance.

It also has an armored neck and back, a massive distensible jaw, and twenty-three centimeter long sharp teeth. The Thanator has burnished black skin. Its ten external sensory quills are colored red and yellow. The upper lip folds back for maximum tooth extension. The Na'vi, who are around 9 to 10 feet tall, could ride on the back of one of these beasts, making them approximately 20 feet long.

The Thanator appears to hunt alone, and normally does not stray outside of its territory, which is believed to be roughly 300 square kilometers. It appears to hunt mainly at night, although seems to make an exception if hungry enough.

Neytiri watches as Jake Sully flees from a Thanator, and continues to observe him through the night. This leads to their first meeting after Neytiri saves Jake from a pack of Viperwolves. Neytiri also bonds with a Thanator after her Ikran be killed at the final battle between the RDA and Na'vi.

Though they usually hunt in the deep jungles of Pandora, Thanators are not against hunting in the more open spaces of the planet, where they are vulnerable to predation by the Great Leonopteryx. It is unknown if this occurs often, though this is most likely not the case as a Thanator would be a very dangerous prey item for any aerial predator, even one as massive and as dangerous as a Great Leonopteryx, to take down. The two massive predators would more likely find each other at the carcasses of large herbivores such as Talioangs, Angtsìks, or Direhorses. Here they would both try to threaten each other until one of the animals eventually retreats. This kind of showdown between large predators happens very commonly in the natural world, and rarely ever leads to violence. But, as in the natural world, showdowns between two or more large predators do occasionally happen. 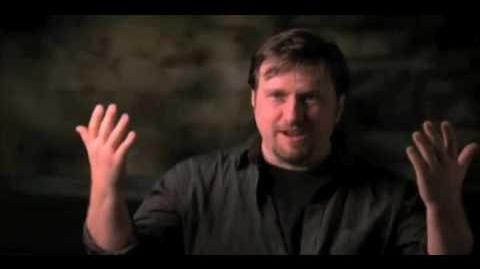 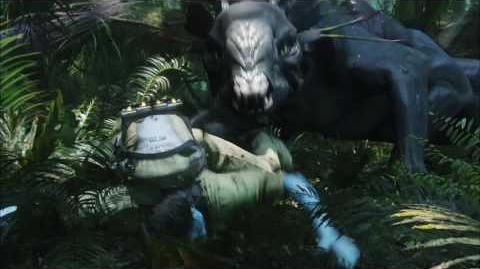