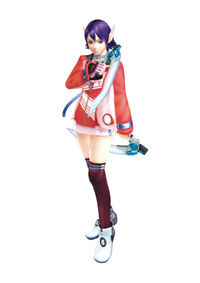 Humanity
Newmans are a humanoid race of human origin.

Newmans have mostly human features, save for elongated ears. Newmans are generally more intelligent than other races; this causes them to be far more adept at magical Techniques. Newmans tend to have unique hair colors more often than other races, such as purple and green.

Newmans are an artificial race created by human biological experimentation. Over the centuries, they have spread and evolved into a separate race of their own. Newmans were originally the targets of racial segregation, but have since integrated well into society. Newmans often take jobs as "Forces" due to their proficiency with magic.