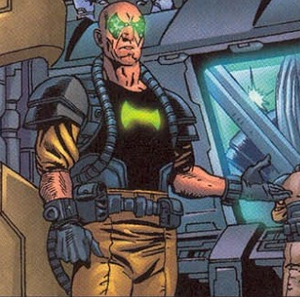 CrossGen Universe
The Negatoids are descendants of humans from Earth that were involuntary Transitioned to the Negagtion Universe by Charon and Appolyon in CrossGen Comics.

The Negatoids are characterized as humanoids, save that their eyes or top parts of their skulls radiate sickly green or blue energy.

Since the Negatoids were taken to the Negation Universe thanks to Charon's mistaken, the millions of humans that were on Earth turned into deranged powerful metahumans. They possess no empathy and are all psychopaths. They make up majority of the Negation military.