Alien Species
Register
Don't have an account?
Sign In
Advertisement
in: Creatures of Unknown Sapience, Daikaiju, Species of Practical Use,
and 7 more 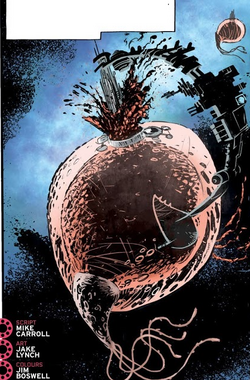 Proteus Vex
The Mutaverons are a species used as a living data network by the Kingdoms of the galaxy.

The Mutaverons are jelly fish creatures that live in the void of space. They possess transparent membranes housing an planetary sized brains. They have the unique ability to instantly communicate with any member of their species regardless of distance.

Due to their ability members of this species were cruelly harnessed to shunt data across the galaxy. Though historically by the Eight Conflict, harnessing was outlawed, though it has largely been ignored since the era of Proteus Vex and used ubiquitously. The species are used to create the Mutaveron Framework that essentially keeps galactic society together, by using the creatures' powerful brains to act as data engines and signal amplifiers. Without them communications, instant translation and FTL travel would not be possible.