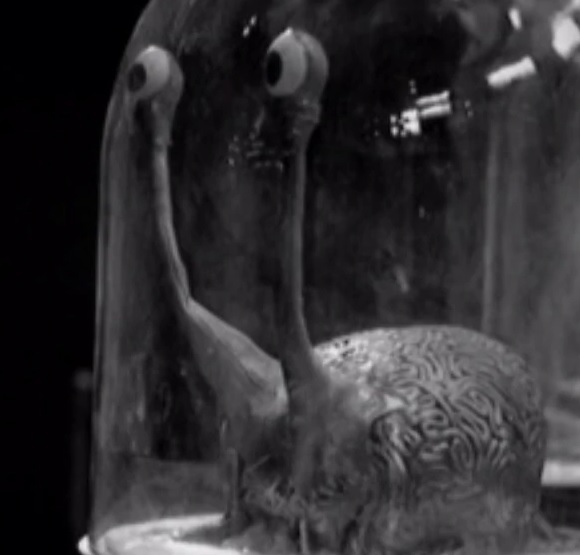 The Morpho were disembodied brain-like creatures who ruled over the native humanoid population of the city of Morphoton on planet Marinus.

Externally the Morpho are nothing more than large brains with long eyestalks; and claim that their brains had outgrown their bodies; though this was probably a result of artificial evolution. Preserved inside their glass containers, the Morpho constantly sent illusions to the natives to make them believe their city to be a living paradise when it was in fact a decaying ruin. The natives dedicated their lives to take care of the Morpho, who were unable to survive by themselves now.

The Morpho's illusions normally affected Marinusians, Humans and even Time Lords, but some individuals were seemingly immune to them. Eventually, the Morpho were destroyed by Barbara (one of the Doctor's first companions) setting the population free from their enslavement.

Retrieved from "https://aliens.fandom.com/wiki/Morpho?oldid=103242"
Community content is available under CC-BY-SA unless otherwise noted.