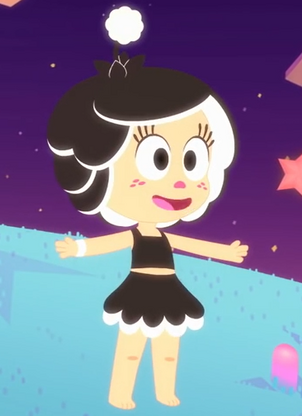 Moonflowers are a humanoid race of children-like creatures, whose main promise is to plant Treasure trees while caring for moons and protect them from an evil mysterious force of darkness known as the Big Bad.

A Moonflower is a humanoid creature, they usually comes in the form of Japanese children with different flower-like antennas on top of their heads with a white layer that light up in colour. Moonflowers don't seem to age as they start out as seeds sent to different moons by a floating being named Little Dreamer and plant themselves in the ground. Once born, a Moonflower is given a treasure that will grow into a tree based on the exact emotions they feel. 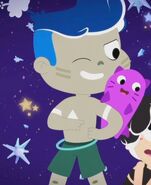 Miyumi
Add a photo to this gallery
Retrieved from "https://aliens.fandom.com/wiki/Moonflower?oldid=182597"
Community content is available under CC-BY-SA unless otherwise noted.