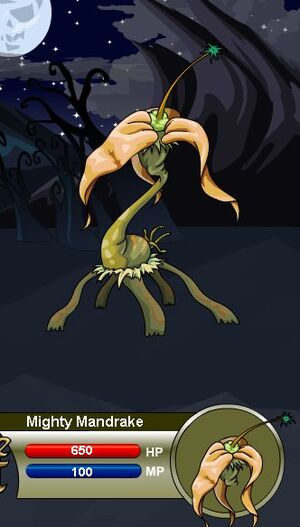 A Mighty Mandrake is an extraterrestrial flower-equivalent which possesses special power. Like other similar "Alien Plants" that appeared on Lore around the same time, it was noted as not willing to give peace a chance, which may indicate either simple aggressive tendencies or an actual intellectual level.

Retrieved from "https://aliens.fandom.com/wiki/Mighty_Mandrake?oldid=181572"
Community content is available under CC-BY-SA unless otherwise noted.