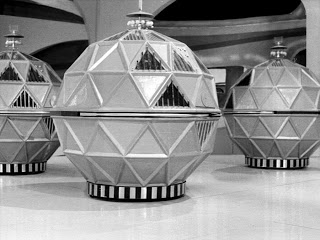 The Mechonoids (also known as Mechanoids or Mechons) are an intelligent race of nearly-spheroid robotic servants created by Human colonists. At least one group of Mechonoids is known to have been abandoned and went on to create their own civilization on the planet which they went to call Mechanus. Despite their unimpressive appearance and humble origins, they are known as extremely robust warriors, as evident by their ability to withstand a Dalek invasion on their own right.

Retrieved from "https://aliens.fandom.com/wiki/Mechonoid?oldid=164279"
Community content is available under CC-BY-SA unless otherwise noted.