Alien Species
Register
Don't have an account?
Sign In
Advertisement
in: All Tomorrows Universe, Bipedal Species, Mars Inhabitants,
and 11 more 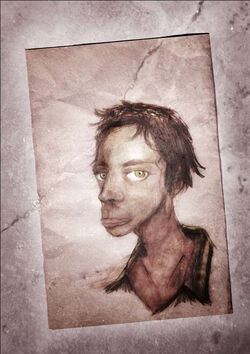 Evolved into the Star People

Nemo Ramjet
The Martians were the first extraterrestrial human species to evolve from humanity.

Biologically, the Martians were similar to the humans of Earth, but hundreds of years in the lower gravity of Mars caused them to grow taller and thinner. They had become a distinct species with the help of genetic engineering.

After the eventual political unification of the human race, they were finally able to colonize Mars. This was driven by the weakening of the environment by a population size of 12 billion people on Earth.

The first step was to create a breathable atmosphere, which was achieved by bombarding Mars with genetically tailored microbes. Those took centuries to turn the atmosphere of Mars into something that humans could breathe. After that, oceans were created and genetically modified versions of terrestrial flora and fauna was brought to the planet.

Mars was then colonized in one-way ships packed with colonists. For several hundred years, Mars prospered, but was never as economically advanced as Earth. Earth's businesses relocated their environmentally damaging industries to Mars to spare their own tired biosphere, and Earth's ecology prospered.

After some time, the inhabitants of Mars began to develop their own, separate identity as Martians. This was not only a cultural difference, but a biological one as well. A combination of genetic engineering and natural evolution altered the Martians' bodies to look more spindly, an adaptation to the lower gravity on Mars. Over many generations of accelerated evolution, Martians became genetically distinct from terrestrial humans.

Practically since its establishment, Martian culture was suffused with an explicit theme of rebellion against Earth. Songs, movies, and daily publications touted these notions again and again until they became internalized. Earth was the old, ossified home that held humankind back, while Mars was new; dynamic, active, and inventive, thought to be the future of humanity.

Roughly 1000 years from now, Mars banned nearly all trade and travel with Earth. This was a catastrophe for Earth both environmentally and economically. Because essential trade was still permitted, nobody would have to starve, but the ban cost the people of Earth roughly a third of their yearly income.

This was the straw that broke the camel's back. Earth declared war on Mars. The war was mostly fought by drones which were programmed to do as much damage as possible to the other side. Phobos, one of the moons of Mars, was destroyed and rained down on Mars as meteorites, while an impact on Earth killed a third of its population.

After the death of about eight billion people, both planets finally made peace and founded a united solar system. Both sides agreed that massive changes were necessary to secure peace between the planets, and through genetic modification, the Star People were created as a new, unified humanity.