We call them Engineers."
"Do you mind telling us what they engineered?"
"They engineered us.Elizabeth Shaw and Rafe Millburn talking about Mala'kaks

Members of this species are tall humanoids, standing over 3 meters in height, and their biology appears to differ radically across individuals, to the point that the "Space Jockey" phenomenon may actually consist of at least two separate species. The first, consisting on the so-called "Engineers", are pale-skinned, hairless humanoids with an imposing physique and glossy black eyes, but otherwise extremely similar to Humans, which with they are genetically related, as they're believed to be the progenitors of the Human race, and possibly others. Their appearance, however, is usually concealed within an exoskeletal suit that makes them appear as a much more alien creature with external ribcages and what appears to be an elephantine trunk or proboscis running from the face to the chest (possibly some sort of breathing apparatus). The second type of Space Jockey, which has been observed less frequently, organically resembles the exoskeletal suits worn by the Engineers. These creatures have an alien-looking face complete with an elephantine proboscis. This second type has also been demonstrated to possess telepathic abilities, as they can read the minds of other species, including even synthetics. 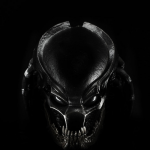 Categories
Other Languages:
Community content is available under CC-BY-SA unless otherwise noted.