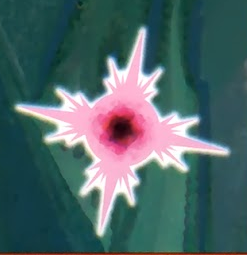 DC Universe
The Macrolatts are a species of energy-creatures in the DC Universe.

The Macrolatts discovered the material universe and concoted a means to reach it. The Macrolatts attempted bridging the dimensions, using countless Zarolatts on genocidal proportions. The cost was severe but they managed to create a portal. Before the Macrolatts could use the portal, one of the surviving Zarolatts that was to be used as the final source to maintain the door chose to escape the realm. Reaching the other side the Zarolatt collapsed the bridge and became the entity known as the Weird.

Existing in a dimension composed of space, where the actuality of corporeal did not exist. It was a realm of pure energy where the Macrolatts made their home.

The Macrolatt were sentient energy beings known to be cruel and ambitious. They were the masters of the Zarolatts using them as a source of power, draining them until a continuance of existence was impossible as part of nefarious scheme to build a bridge to the physical universe. Expansion of their empire was their dream wishing to spread their influence across other realities.

Retrieved from "https://aliens.fandom.com/wiki/Macrolatt?oldid=194035"
Community content is available under CC-BY-SA unless otherwise noted.