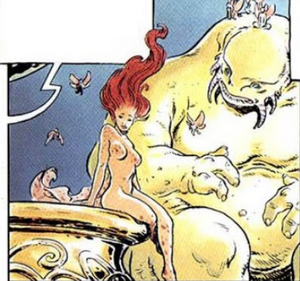 Lyrehno was a goddess in Darshan.

One of the oldest deities in Darshan, Lyrehno’s worship declined leaving her only one worshipper. By the time Lanfeust of Glinn and his allies arrived at the Palac of the Gods, Lyrehno had already faded away after her last faithful died.

Retrieved from "https://aliens.fandom.com/wiki/Lyrehno?oldid=137450"
Community content is available under CC-BY-SA unless otherwise noted.