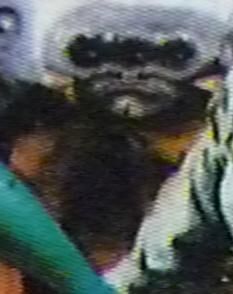 Robert Silverberg
Liimens are short-statured humanoid sapients of an indeterminable evolutionary origin. They are notable for their flattened, "hammer-like" head, which is adorned by a trio of dark eyes, and seven bony fingers on each of their hands. On Majipoor and perhaps in other locations throughout the galaxy (or even the universe), they are generally found employed as unqualified manual laborers, farm or mine workers, street vendors and hawkers. To many of the other Majipoorian inhabitants, they are considered dullish and simple-minded.