Edit
Moya exiting from a starburst.

For other species with that name, see Leviathan (disambiguation)

The Leviathans are a semi-sapient race of biomechanical spaceships, originally created by a race called the Builders.

Although being a race of spacefaring vessels, they apparently have different genders and posses the ability to reproduce using some kind of womb complex inside the Leviathan. They also have a symbiotic relationship with the Pilot species, as each Leviathan is bond to an individual Pilot and the two are able to communicate non-verbally.

While it has been stated that a Leviathan's lifespan is about 300 cycles (a "cycle" being roughly equivalent to an Earth year), the presence of a Pilot's effect on their lifespan is unclear.

Only one instance of Leviathan reproduction has been observed, this being Moya's son Talyn, although he was not a true Leviathan as he was a Sebacean attempt to make a weaponized hybrid and as such could possibly be classed as a subspecies.

Although Talyn never reached maturity as he sacrificed himself to save the crew of his mother, it is thought he would have grown even larger and being a warship even more powerful than normal Leviathans. Also unlike all other Leviathans he had the ability to manipulate his Pilot to a degree, another adaptation he possessed was the ability to join with multiple hosts and species including Sebaceans and Scarrans. Another aspect of his physiology was that as he grew, so did his weapons.

Just like biological species may have an immunological system to produce defensive cells such as leukocytes; Leviathans regularly produce units known as Diagnostic Repair Drones (DRDs for short), which are used for maintenance and defense, regularly attacking intruders who are not part of the Leviathan's crew.

The DRDs can be controlled directly by the Leviathan or by its Pilot, and can also be used to interact with the crew in a number of ways. DRDs are even equipped with colonies of Translator Microbes which can be injected into an alien being to facilitate communication with others.

Since typical Leviathans are a peaceful species which lack conventional weaponry, the DRDs constitute their only form of defense. If a female Leviathan becomes pregnant, her DRDs will act particularly hostile towards intruders.

All Leviathans appear to have the ability to "jump" from one point in space to another, potentially many light years. This is called a Starburst. This ability seems to be much faster than other modes used by other people's such as the Scarran Empire and the Peacekeeper Corps who appear to be easily outrun by the Leviathan Moya whenever she Starbursts.

Despite being only semi-sapient, Leviathans appear to have a cultural and traditional burial ground (although the location of which is a secret) where all Leviathans go to die. They're also known to have some form of religion and worship the Builders as gods.

Despite being peaceful they possess enemies. The natural ones being native to space are the Budong that are the giant predators of the galaxy. Then are the unnatural ones: the Grudeks, who harvested their Toubray fibers; and the Patriqu-ro, a race of ship builders that competed with the Builders.

Being a symbiont species, Leviathans have a long history with the Pilots, going back possibly to their very creation.

Like many species, Leviathans have been enslaved by the Peacekeepers, who mostly use them as transport vessels, as most Leviathans lack offensive weaponry and thus can't be used as warships. 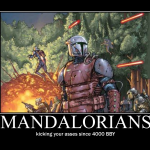 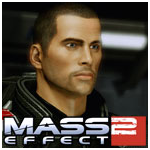