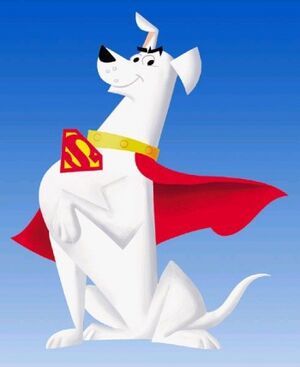 Same as a medium-sized dog

Their external appearance is identical to an Earth dog, and they display the same powers and abilities of Kryptonians when exposed to the energy of Earth's sun.

Krypto is a well known male Kryptonian Dog. He sometimes helps Superman in his missions; in the ones he capable of helping; and is also his pet companion.

Retrieved from "https://aliens.fandom.com/wiki/Kryptonian_Dog?oldid=176465"
Community content is available under CC-BY-SA unless otherwise noted.