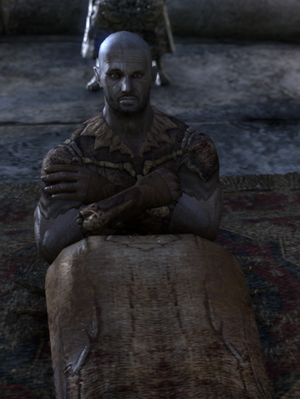 Bethesda
The Kothringi are a silver-skinned tribal people indigenous to Black Marsh. They are presumed to have gone extinct in the second era due to a plague accidentally brought into contact with them by travelers.

They where a tribal people, who practiced shamanic worship to a pantheon of gods. Most prefered to go naked. When dressed, they preferred simple leather with animal bones stitched into the fabric.

After the plague struck, they prayed to one of their gods, Z'en, but got no response or answer. In a desperate move, they went to the Daedric god Clavicus Vile. Clavicus responded, but made the surviving members undead.

Retrieved from "https://aliens.fandom.com/wiki/Kothringi?oldid=171535"
Community content is available under CC-BY-SA unless otherwise noted.