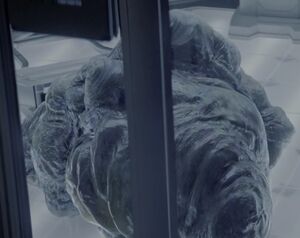 Shapeshifting
Taking over the bodies of other life forms
Provoking hallucinations.

Star Trek
The JahSepp are an extradimensional fungoid species native to the mycelial network.

In normal space, members of this species manifest as an amorphous mass which can seemingly alter its own size and shape at will. They have been described as eukaryotic lifeforms, and are able to infect Humans, probe their memories and create hallucinations to communicate with them.

The JahSepp lived harmoniously within the mycelial network until the USS Discovery began to arrive at random intervals, ravaging their ecosystem irreparably.

To stop what they perceived as an attack they sent one of their kind beyond the confines of the reality to infiltrate Discovery.

The JahSepp live in the mycelial network with the purpose of breaking down anything useful in new ways, similar to how insects break down the corpses of animals allowing the network to keep progressing.