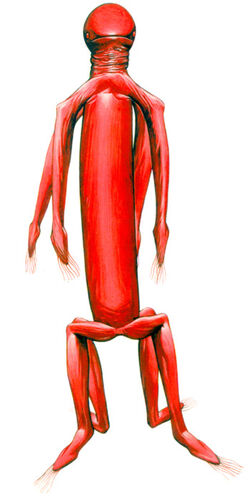 A. E. van Vogt
The Ixtl is a mysterious sapient life form which evolved on the planet Glor in an unknown galaxy, before that world was destroyed by an unspecified cosmic cataclysm. Some Ixtl were then thrown into the void of intergalactic space, where they waited for uncounted eons, surviving on the faint light energy that permeates the cosmos.

Retrieved from "https://aliens.fandom.com/wiki/Ixtl?oldid=202659"
Community content is available under CC-BY-SA unless otherwise noted.