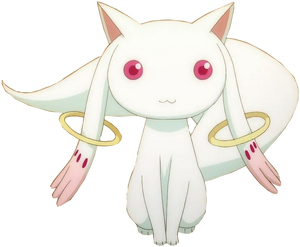 Incubators are an emotionless race, with cat-like appearance. While in rare cases, some are capable having emotions, they are considered to be mentally ill. When an incubator is killed, it re-spawns and devours the dead body.

Retrieved from "https://aliens.fandom.com/wiki/Incubator?oldid=173843"
Community content is available under CC-BY-SA unless otherwise noted.