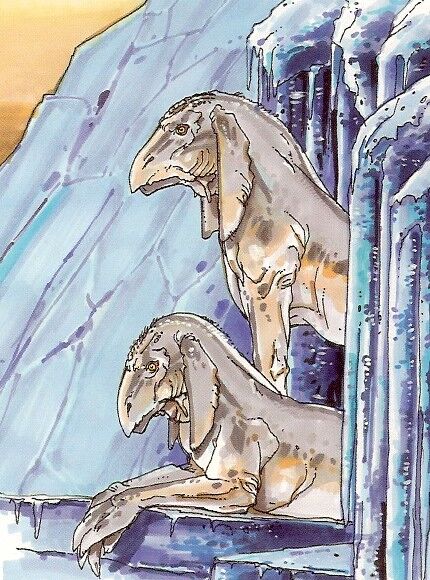 Ice Scrabblers, also known as Frozen Carrions are furry, land-scavenging rodentoids indigenous to the icy wilderness of the planet Hoth. They are the most abundant species on the planet, making up 32% of the world's faunal population. Until the Alliance to Restore the Republic encountered Wampas, these organisms were thought to be the only other native lifeforms on the planet other than the Tauntauns.

Ice Scrabblers have sharp claws and pronounced beaks, which likely aids in their ability to burrow into the icy surface to build dens and find food, sometimes delving as deep as 25km (15.535mi) under the ice. They have a very keen sense of smell that enables them to detect a form of lichenoid which is their primary food source under layers of icy crust, an evolution required to survive in such a harsh environment as Hoth. However, this powerful sense of smell is likely what drew large concentrations of them to pester Echo Base, being brought forth by the smell of the Rebels' food supplies. In turn, it was likely this concentration of vermin that attracted the Wampas there as well.