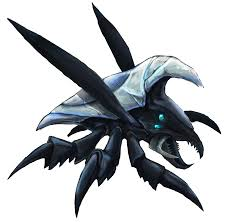 Ice Beetles (not to be confused with the Ice-Beetles from the Star Wars Universe) are a species of insectoid organism indigenous to the Phendrana Drifts of Tallon IV which allow their shells to become covered in ice, slightly strengthening it. Unfortunately this technique causes them to be extremely susceptible to Plasma Beam technology.

Retrieved from "https://aliens.fandom.com/wiki/Ice_Beetle?oldid=180513"
Community content is available under CC-BY-SA unless otherwise noted.